Before we talk about anything that matches the title of this blog post:

On behalf of everybody working on the Home Assistant project, we hope you, your
family and loved ones are safe and remain healthy during this pandemic.
Our thoughts are with everyone that has been deeply affected by the current situation.

Stay strong, keep distance from each other, wash your hands and stay safe.

Some have noticed and commented on the fact we do a lot more patch releases
the past months, which is correct. This is not because everything was shipped
in a broken state, but we are trying to ship any bug fix to you as soon as
possible! Just so you don’t have to wait 3 weeks for something to get fixed.

So let’s talk about the elephant in the room: Home Assistant Core 0.108!

We want to start by announcing Martin Hjelmare
has joined Nabu Casa!

Martin is a core team member for a long time, and initially started out
contributing to the project by his work on the
MySensors integration
back in Home Assistant 0.11
(2016)! Most contributors to Home Assistant, will know Martin for his endless
patience on the incredible code reviews he does.

Furthermore, Ashton Lafferty (cogneato) has been working some hours for
Nabu Casa, to help out with things like support. Most of you probably know him
from that already, as he is very active in helping out on our
Discord server.

We are happy to announce that Ashton will now join Nabu Casa full-time as well!

We have created a new repository
on GitHub containing all the brand icons and logos Home Assistant is able to
integrate with. These images are, for example, used in our documentation.

In 0.108, we made a start on using the content from this repository in the
Home Assistant frontend. The device information page got a layout update and
the integrations page as well.

These pages will now show the icons and logos matching the integration.

Looking for a way to contribute to the Home Assistant project?
We still are missing a lot of images; So we are
calling out for help!

Many integrations now available to set up from the UI

It is absolutely amazing to see all the upgraded integrations this release!
Many contributors have gone out and added support to a lot of integrations
to allow them to be configured via the Home Assistant frontend.

Not all of them were ready in time for this release; nevertheless, the list is
amazing already:

Yes, @bdraco has been on fire this release! Amazing job!

Maybe not very useful during home quarantine, but a very cool feature for when
we are allowed to get out of our homes again.
@Hoytron added the ability to show the history of
persons or device trackers on the Lovelace map card. You can define how many hours of history
you want to show and it will draw lines between all the points in that
time frame. 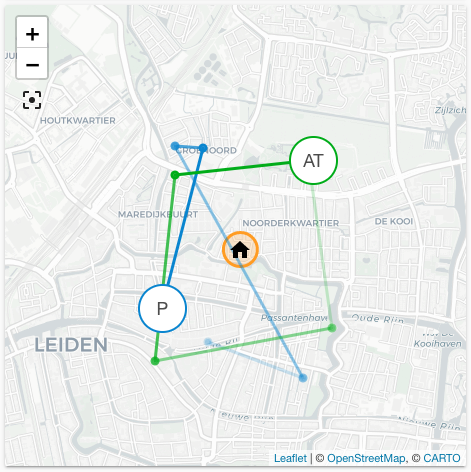 Screenshot of the map card with history.

@zsarnett added a new Lovelace card, the entity card. This card looks like the sensor card, but allows you to use any entity (not just sensors).

Screenshot of the entity card.

We added an overview page for your areas. On this page you can see all the devices in the area, but also the automations, scenes and scripts that affect that area. 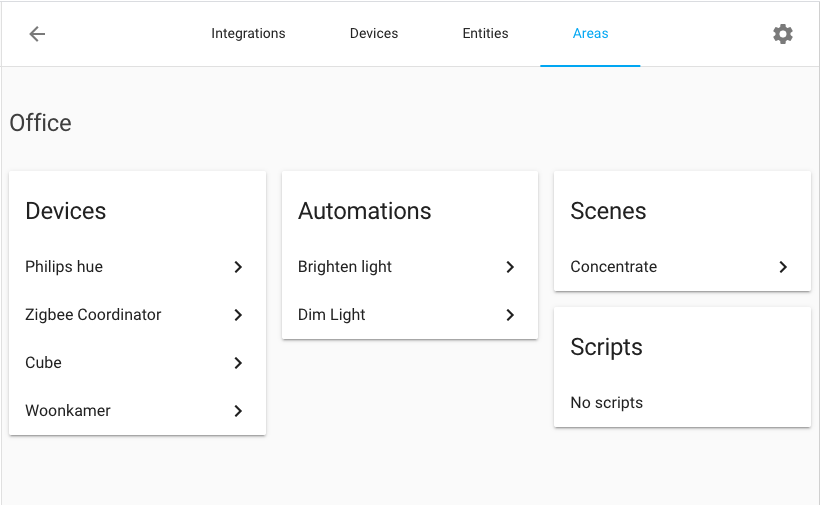 Screenshot of the area config page.

Before and after screenshot for the Horizontal Stack improvements.

These integrations have been removed. The websites for both have changed, causing the integrations to break because they relied on web scraping, which is no longer allowed (ADR-0004). – (@frenck – #33056 #33066)